Home > Trust Basics > What are Trustees and Beneficiaries?

What are Trustees and Beneficiaries? 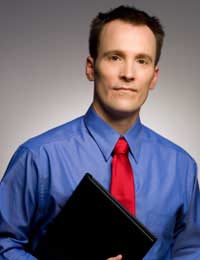 In basic terms, a trust is a legal agreement by which assets are transferred from one individual, known as the settlor, to the trust itself. The responsibility for the management of these assets is assumed by the trustees, who run the trust for the benefit of a third party known as the beneficiaries.

The role of the settlor is covered in detail in an article elsewhere in this section. But what are trustees and beneficiaries?

Trustees have the most significant role to play in the actual running of the trust. They do not actually own the assets that are placed in trust; these remain the property of the trust itself until they are ultimately transferred to the beneficiary. However, the trustees are charged with ensuring that the assets are managed in such a way as to ensure that the maximum benefit is derived by the beneficiaries. This might be achieved through investment, or simply ensuring that the assets are kept safe.

Beneficiaries have few, if any, obligations as a result of their involvement with the trust. In most cases the beneficiary will be specifically defined in the trust instrument; that is, the document through which the trust is established. Occasionally, however, the settlor will have outlined a ‘class’ of beneficiary, rather than a specific individual. In these cases the trustees will be required to decide precisely who will benefit from the trust. It should also be noted that the beneficiary need not be a person; frequently, particularly in the case of testamentary trusts, the settlor’s appointed beneficiary is in fact a charitable organisation.

It is important to remember that there is no legal necessity for the settlor, trustee and beneficiary to be different people or organisations. It is sometimes beneficial for an individual to establish a trust in which they are also the trustee and beneficiary; this is perfectly possible in English law. This can be particularly useful for tax purposes.

It is also possible for the settlor to become one of several trustees – that is, to appoint him or herself, along with others. This can offer peace of mind for all parties involved, as it means that other individuals are capable of handling the affairs of the trust in the event that the settlor dies or becomes incapacitated.

By agreeing to their position, trustees take on a number of serious responsibilities. Furthermore, there are some prerequisites that must be met in order for an individual to be suitable for the position. These responsibilities and requirements are looked at in more detail in an article elsewhere in this section.

How Has the Credit Crunch Affected My Estate?

Where Can I Get Advice on Trusts?