Creation of a Trust 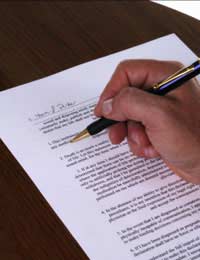 At the broadest level, there are two different types of trust. The distinction between the two is made as a result of their method of creation: express trusts are created by an explicit written document, normally a deed; implied trusts are created, as the name would suggest, by implication or result.

When a trust is being created by way of a written document, the document in question is known as the ‘trust instrument’. This is not normally the case for testamentary trusts (that is, trusts that come into being after the death of the settlor), however, which are almost always constituted in the settlor’s will. The conventions governing the format of trust instruments are actually fairly weak; a definite legal form for these documents has not been completely established.

That said, they do tend to follow a standard pattern, in great part because of convention amongst solicitors. While there is no legal necessity to adhere to the majority of these practices, it is advisable as it mitigates the possibility of the trust being voided as a result of a technicality.

As has been mentioned, a trust instrument is not legally required at all in order for a trust to be constituted. A spoken declaration outlining the necessary ‘certainties’ will suffice for the creation of a trust; similarly, a trust might be created without the explicit will of the settlor at all, for example as a result of a court order.

Regardless of the means of creation, case law shows that the three certainties mentioned above must be established. The first of these is the intention of the settlor to create the trust. Clearly, where a trust instrument has been used there will be no difficulty in establishing this. Intention can be more difficult to prove if only a spoken statement has been made, however; as a result, it is always advisable to make a written declaration when attempting to constitute a trust.

The second field that must be established is the subject of the trust. Any sort of property can be placed in trust, but it must be defined absolutely and precisely at the constitution of that trust. If a portion of an individual’s estate is to be placed in trust, for example, exact details must be given regarding the nature of the assets to be included, and the sum of those assets.

Finally, the beneficiary or beneficiaries of the trust must also be clearly defined. In the majority of cases the settlor will know precisely who or what is to benefit from the trust; in the case of discretionary trusts, however, the trustees have the power to decide who benefits. In these cases, the settlor must give some idea of the ‘class’ of beneficiary that they have in mind.

Creating a trust is complicated, and the potential financial ramifications of a failed or poorly constituted trust can be significant. As a result, independent legal advice should always be sought.

How Has the Credit Crunch Affected My Estate?

Where Can I Get Advice on Trusts?