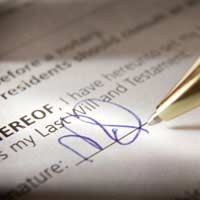 There are a number of different methods by which trusts can be categorised. As has been shown in articles elsewhere on this site, one of the key distinctions to be made between different types of trust can be found in their ‘character’; whether they are charitable or non-charitable. It is important to understand, however, that trusts sharing a similar character can still be distinct from one another. This distinction is frequently made as a result of the means of establishment.

In terms of establishment, there are two main types of trust, the most obvious of which are described as ‘express’. Essentially, express trusts arise when an explicit instruction is given by the settlor (that is, the individual establishing the trust), or an intention to establish a trust is expressed. Express trusts are frequently established in a will, and come into existence only upon the death of the settlor. This is often the case, for example, when assets are being held in trust for children or grandchildren. When the trust is established using a will, the settlor is referred to as the testator.

Express trusts can be established, however, in a number of ways. When a written document is used as a record of the settlor’s intentions, this is known as a trust instrument. This is the most efficient method of establishment as it mitigates the possibility of misunderstanding or a legal challenge to the validity of the trust. There is no legal necessity for such a document, however; it is perfectly possible to establish a trust simply by verbally communicating a desire to do so. This is not recommended, as it is clearly very difficult to prove the terms of the trust after the event.

The second type of trust can be more complex. ‘Implied trusts’ are less common than express trusts, and perhaps even less common than constructive trusts, which are explained in another article in this section. Implied trusts (sometimes also known as resulting trusts) can be sub-divided into ‘presumptive’ and ‘automatic’. A presumptive implied trust arises when a settlor transfers property to a beneficiary, and there is sufficient evidence to suggest that the intention of the settlor was for the property to be held in trust for that party. There are a number of circumstances in which this will not hold true; primary amongst these is when assets are transferred from a husband or wife to their spouse. In these cases, no trust will be presumed.

Implied automatic trusts arise when there is no intention expressed by the potential settlor, and when a resulting trust cannot be presumed. This type of trust therefore often arises when an intended trust fails, for example because the beneficiary cannot be sufficiently well identified. Similarly, implied automatic trusts sometimes occur when trusts are established for specific purposes which then cease to be relevant, for example in the case of disaster relief.

The distinction between these types of trust is complex and still legally controversial. As a result, legal advice will always be necessary if you find yourself in a position in which there is confusion over the legal status of such a trust.

When is a Trust Constructive?