Home > Types of Trust > When Would I Use an Interest in Possession Trust?

When Would I Use an Interest in Possession Trust? 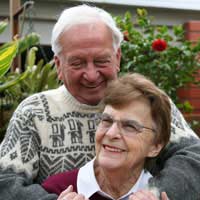 Interest in possession trusts are a potentially useful way of providing a safe income for dependants of the settlor, while ensuring that some assets are saved in order to be passed on at a later date. However, new legislation enacted in 2006 changed the tax treatment of these trusts. As such, while an interest in possession trust may well be a viable option, it is also worth investigating other possibilities, particularly discretionary trusts.

In contrast to some other types of trust, interest in possession trusts generally concern the income generated by the trust, rather than the assets that have been transferred. This is perhaps best illustrated by way of an example. Interest in possession trusts are generally established in a will. Imagine, for example, that the testator (that is, the individual who has established the trust in their will) owns shares from which he and his spouse draw an income.

The testator wishes for his spouse to continue to draw income from these shares after his death. In order to achieve this, the shares are placed in an interest in possession trust, with the spouse named as a beneficiary. This means that the beneficiary will continue to have a right to the income derived from the shares placed in trust, generally until their death.

If the spouse is entitled to the income from the trust for the rest of their life, they are known as a life tenant. Frequently, the initial beneficiary will have no legal right to the assets themselves, but only the income. There are a number of reasons for this. Often, the testator wishes for the benefit derived from the assets to be available to their spouse during the latter’s lifetime, but for the assets themselves to pass to another beneficiary on the death of the spouse. This second beneficiary is often a child or grandchild.

Furthermore, it is also possible to place property in an interest in possession trust. This means that the spouse can continue to live in the family home after the testator’s death, but that the home itself will pass to a second beneficiary, probably the testator’s children, after the death of the surviving spouse.

It is perfectly possible that interest in possession trusts will render no income at all. If, for example, the trust contains shares which do not pay a dividend, the trust will still exist even though it will not provide the beneficiary with an income. The defining feature of the trust is not the income itself, but the right of the beneficiary to that income. Trustees are legally obliged to pass all such income directly to the beneficiary, after deduction of reasonable management costs.

Rules governing the tax treatment of interest in possession trusts are complex, particularly as they are frequently used in conjunction with other types of trust. Furthermore, recent changes to the tax schedule may have an effect on your situation. As such, it is necessary to seek reputable legal and financial advice if you are considering establishing an interest in possession trust.

When is a Trust Constructive?
Share Your Story, Join the Discussion or Seek Advice..
I intend to use an Interest in Possession Trust to provide an extra income for my widow should I die first.My wife and I are both agreed that the income from the trust should be in the form of an annuity based on the consumer price index (CPI), instead of interest rate or dividends. Do the terms and conditions that apply to this form of trust allow such a means of payment?
td - 19-Dec-18 @ 4:50 PM
I am a Trustee for an irrevocable discretionary trust. The settlor, who is still alive, wishes to change the beneficiaries of this trust. Is this permissible?
Beth - 23-Mar-18 @ 1:31 PM
Can I create an Interest in Possession Trust without involving a solicitor
David - 10-Nov-15 @ 4:28 PM
Title:
(never shown)
Firstname:
(never shown)
Surname:
(never shown)
Email:
(never shown)
Nickname:
(shown)
Comment:
Validate: