Rules on Estates for Non-Domiciled Individuals 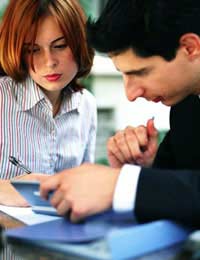 The tax treatment of non-domiciled UK residents has been one of the controversial political topics of this year. The Chancellor's Pre-Budget Report announced, amongst other things, important changes to the way in which these individuals are taxed. While there were a number of eye-catching provisions, it is important to note that many of the less obvious announcements have the potential to be just as costly for UK citizens no longer resident in this country.

The most widely discussed announcement of the Pre-Budget Report was the flat fee to be levied on non-domiciled UK citizens. Currently, any income or capital gains generated outside the UK would not be subject to domestic tax schedules, on the condition that the money was not then brought to the UK. This has made offshore trusts particularly attractive in the past; trusts established in areas with more favourable tax rules presented the opportunity for tax-efficient income and growth.

According to the new provisions, however, individuals who have lived in the UK for seven or more tax years will only be able to continue benefiting from these rules upon payment of an annual fee of £30,000. For many people, this may completely negate any benefit that was previously being derived from an offshore trust. The rules are even more stringent for those who have been living here for ten or more tax years; it is proposed that these individuals will have to pay a higher levy of £50,000.

This levy will not be compulsory, but the price of not paying it is subjection to the regular UK tax schedule on all income and capital gains, regardless of where in the world they are generated.

Another of the key announcements concerns the annual tax allowances granted to non-domiciled individuals. Currently these individuals are entitled to the same annual exempt amounts for income tax and capital gains as regular UK residents. However, the Pre-Budget Report stated that these exemptions would be completely removed for those who take advantage of the favourable tax treatment on worldwide income detailed above. The only exception to this will be when income generated outside the UK totals less than £1,000 per annum.

Less highly publicised but potentially important for individuals not normally resident in the UK was the announcement that the rules regarding the percentage of time spent in this country would change. Previously, residency rules allowed for a day of travel at either end. Under the new system, however, time spent arriving in and departing from the UK would make up part of the days counted towards residency. This is of particular importance for those who currently spend the maximum amount of time possible in the UK without establishing permanent residency.

The new rules for non-domiciled individuals are very complex, and have still not been finalised. Their potential effects, however, are of great magnitude. As such, it is vital that all those covered by the new provisions seek professional advice regarding their own personal situation. The cost of this advice is likely to be offset many times in the long-run, as efficient planning now can still save huge amounts at a later date.