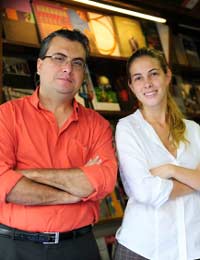 Family succession is a difficult process. The task of passing a business on to another family member is a complex one – but it is also one that is often rushed, sometimes with disastrous results.

We spoke to Alan, who owns a bakery and food distribution business in the Midlands. He is planning to hand the firm on to a family member – but his plans are anything but rushed.

Tell us a bit about your business.

I run a medium-sized bakery. We distribute baked products to lots of different organisations, primarily in the public sector – so lots of schools, lots of council offices. We employ just under 70 people, and we have a small factory. There are daily deliveries to a range of different clients.

The business has been family-owned since it was first established. It was set up by my great-great-great-grandfather, and it has been passed on through each generation. We are pretty proud of our heritage. The business was started with virtually no money, basically just selling bread from the back of a cart. So we’ve always been keen to keep it in the family.

So family succession has always been at the back of your mind?

Absolutely. It’s been like an unspoken rule, or an assumption, that the business would pass down to a relative. There hasn’t been much of a pattern regarding which relative it goes to. It hasn’t always been the current owner’s son that has inherited the business; it’s gone to sons, nephews, sons-in-law and so on. But it has always been presumed that it would be kept in the family.

As it happens, in my case it looks like the business will pass to my nephew. I have a son, and we are very close, but he has his own career in a completely different area. My nephew, on the other hand, has been working for the company since he left college, and he has been hugely helpful throughout his career here. About a year ago it became clear that he would be the one that took over the reins.

How did you broach the subject with you son?

It wasn’t ever really an issue to be honest. My son always knew that he wanted to do something different. He works in graphic design and he’s doing very well. I’m obviously very happy for him. I certainly wouldn’t want to pressure him into doing something that he didn’t want to do. So we’ve talked about it, but it was never an issue.

What problems have you encountered?

I was aware that business succession was quite a difficult process when I ‘inherited’ the business myself. But of course, when it’s you that’s taking over you don’t really understand all of the behind-the-scenes work that goes on to make the process possible.

Probably the biggest challenge has been setting a timetable for my nephew to take over. I have decided that I am going to retire within the next three years. That sounds like a long way away, but in fact there is so much to do that we could quite easily have given ourselves twice that amount of time.

We have set out a very clear timetable that we hope will mean my nephew has good experience in every part of the business before I leave. He started pretty near the bottom anyway, but we want to make sure that he knows exactly how the organisation operates, and what everyone’s role is. The timetable also sets out which responsibilities I will hand over to him and when. The idea is that it’s staggered, so that he doesn’t have a huge set of new things to grapple with all at once.

Now we feel like we work for the timetable! It really is like the timetable is our boss. We are following it pretty rigidly, but equally we realise that problems might arise or unexpected things might happen, so we’re trying to build some more flexibility into our plans.

But if everything goes as expected, in just under three years I will be nicely retired, and my nephew will be running the business. Of course, I don’t expect to just leave and never come back – I’ll still be around if he needs help. But basically, running the business will be up to him.

How We Manage Our Charitable Trust: Case Study
Share Your Story, Join the Discussion or Seek Advice..
What are the legal implications for the trustees/directors when a charity becomes insolvent? What rights do creditors havewhen the above happens?
mongot - 16-May-13 @ 12:55 PM
Title:
(never shown)
Firstname:
(never shown)
Surname:
(never shown)
Email:
(never shown)
Nickname:
(shown)
Comment:
Validate: