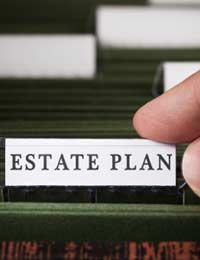 Inheritance Tax remains a major problem for many families. The prospect of beneficiaries being faced with a big tax bill is something that weighs heavily on the minds of many people – and it is a worry that successive governments have done little to assuage.

There was some hope that the coalition government would move to reduce the burden of Inheritance Tax (IHT). While the Conservative Party has expressed a broad intention to address IHT, it has yet to either increase the threshold or reduce the headline rate.

The government has, however, introduced a new scheme that will see IHT bills cut for people who give part of their estate to charity. Known as the ’10 for 10’ scheme, it offers taxbreaks for those who donate at least 10 per cent of their assets to good causes. We spoke to Elsa, a woman who is using this new government initiative, along with other techniques, in an effort to cut her family’s Inheritance Tax bill and make sure that as large a proportion of their estate as possible passes directly to their children.

Tell us about your existing tax planning arrangements.

Until recently they were almost non-existent! We both know that Inheritance Tax is a major problem, but we have never considered ourselves to be ‘rich’ as such, so it just didn’t really cross our minds.

But my husband retired five years ago, and it has been one of those things that we realised we needed to start thinking about. When you retire you start to consider all those niggling financial things that you had put to the back of your mind until then.

How did you work out if IHT affected you?

Well this was part of the problem. We have both been lucky enough to have had fairly well-paid jobs for most of our working lives, but we don’t really have any big assets other than our house. But then we my husband retired, we rewrote our wills. As part of that process, our solicitor recommended that we have our house valued for Inheritance Tax purposes.

This was shortly after the change came in that doubled the Inheritance Tax allowance for couples. But even with that, to our surprise it turned out that the value of our house alone pushed us over the limit.

If it was just the two of us, we probably wouldn’t have done anything about it. But we have two children, and we would obviously much rather that they ended up with as much of our estate as possible. So we decided to talk to our accountant about some ways that we could either avoid Inheritance Tax altogether, or at least cut the amount we lose.

What measures are you taking?

Well this week we actually decided to use the new charity giving scheme. Basically, if you give 10 per cent of your estate away to charity, the government cuts your Inheritance Tax bill. Instead of paying 40 per cent, you pay 36 per cent.

As well as this, we have tried to start actually reducing the amount that is in our estate. Our accountant explained that we can give away £3,000 each year and that will be exempt from Inheritance Tax. We have to live for another seven years after we make the gift, but we are pretty confident that shouldn’t be a problem!

So we have decided to put money away each year in funds and ISAs, for our children and our grandchildren. It’s particularly good for us because we hope it will mean that we can see them use the money while we are still alive.

Have you considered a trust?

We did, but in our case we don’t think it’s worthwhile. I know that a lot of people set up trusts when they want to avoid Inheritance Tax altogether. But if our sums are right we won’t actually end up with that much of an Inheritance Tax bill. To be honest I would prefer to do it this way round, knowing that we can see our children making the most of the money, and knowing that at least part of our estate is going to go to good causes, then fiddling about with accounts and trust law. But that’s partly just me being lazy!
Next Page

How We Manage Our Charitable Trust: Case Study