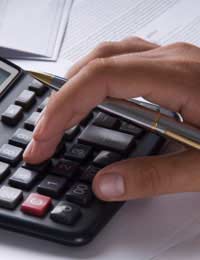 Offshore trusts have come in for significant criticism in recent times. As the recent recession unfolded, many eyes turned to those individuals that have been managing high-value businesses and transactions through trusts located in places like the Cayman Islands of Bahamas. Quite reasonably, many people have felt that arrangements affecting the financial stability of the country should take place in areas under the UK’s financial jurisdiction, rather than abroad.

But, while some people use offshore trusts for questionable purposes, many individuals continue to find that these tools make it easier for them to achieve their perfectly legal, reasonable aims. Herein lies the difficulty when discussing the legality of offshore trusts: often, it will be the use of the trust that determines whether or not it stands up to legal scrutiny, rather than its location.

What qualifies as ‘offshore’?

An offshore trust is deemed to be one that is established in a so-called offshore financial centre (OFC), as opposed to in an onshore jurisdiction like the UK. Although there is no legal definition of an OFC, they are generally considered to be small tax havens, often with very lax regulations regarding elements of trust law like perpetuities.

Offshore trusts are often used because they offer more favourable tax treatment, or because the settlor (that is, the individual establishing the trust) believes that their assets will be granted better legal protection or that they will be able to remain anonymous.

What is the legal basis?

Each jurisdiction can, of course, set its own trust laws – unless it is a signatory to an international agreement like the Hague Convention on the Law Applicable to Trusts. This Convention sets out many of the rules that onshore jurisdictions use to govern trusts, and is seen by many as too limiting.

If you are intending to establish an offshore trust, it is worth noting that any legal benefits you derive may be cancelled out in some circumstances. For example, if you set up an asset protection trust offshore but are subsequently declared bankrupt in the UK, a British court would likely give your creditors permission to recover assets directly from the trust – regardless of its location.

It is also important to note that international law is moving pretty fast when it comes to the governance of offshore trusts. The OECD is pressuring tax havens to adopt internationally accepted guidelines on tax and trust law, and their efforts are beginning to pay off. It would appear that some of the jurisdictions that are currently considered OFC may be forced to tighten up their rules in the near future.

As such, you should be prepared for the legality of your trust to change rapidly. This could have significant repercussions in a British court, particularly if you end up in dispute with creditors or business partners.

That said, it should not be forgotten that there is a range of perfectly valid, legal uses for offshore trusts. If you are in any doubt, make sure that you seek independent legal advice before continuing.

How Can an Offshore Trust Help Me?