Budget 2011 and Inheritance Tax: What Changed? 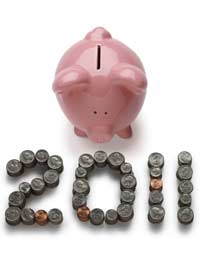 Inheritance Tax has long been a contentious topic. The tax is a perennial bug-bear of middle England, and many taxpayers would like to see it reformed or scrapped altogether.

There was some hope that the 2011 Budget would contain measures to reduce the burden of Inheritance Tax. In fact, while the Chancellor did announce a change to the Inheritance Tax schedule, it is one that is unlikely to provide much succour to the majority of taxpayers. Instead, it sees the government provide tax breaks for those who choose to donate parts of their estate to good causes.

What is Inheritance Tax?

Inheritance Tax (IHT) was originally designed as a way of breaking up very large estates. It was conceived in response to the perceived problem of landowners maintaining control of huge swathes of the UK for many generations, through a hereditary system.

Today, though, Inheritance Tax affects a vast number of people, the majority of whom were not the original targets of the tax. The IHT regime has failed to keep up with the changing economic situation – particularly the rapid and apparently inexorable rise of property prices.

Today, Inheritance Tax is payable when the value of an estate exceeds £325,000. Over this threshold, the tax is payable at 40 per cent. Given that many people have houses which are worth more than this threshold on their own, IHT is now a major concern for much of the population.

What did the Chancellor announce?

There had been rumours that the Chancellor would use his 2011 Budget to make some changes to Inheritance Tax. Some commentators suggested that he might increase the threshold, or even cut the rate. In reality, neither of these things happened.

What the Chancellor did announce, however, was the so-called ’10 for 10’ initiative. Under this new scheme, taxpayers will be able to have their Inheritance Tax bill cut if they choose to give a portion of their estate to charity.

Under the new system, if you choose to leave at least 10 per cent of your estate to charity, you will have the rate at which you pay Inheritance Tax cut by 10 per cent. The system will apply from April 2012.

There are a few things that it is important to note. Primarily, there has been some misunderstanding about the degree to which the IHT rate will be cut. If you give 10 per cent of your estate to charity, you will pay IHT at 36 per cent, not 30 per cent – it is a reduction of 10 per cent of 40 per cent, rather than a 10 per cent cut.

Secondly, you should understand that the system will only apply to those leaving money to registered charities. You should bear this in mind when planning your gifts and bequests.

Isn’t that going to cost the country?

The government has estimated that the 10 for 10 scheme will cost the Exchequer around £170 million each year by 2015-16. This is, in comparative terms, a drop in the ocean.

On the other hand, it also believes that charities will benefit to the tune of around £350 million between 2012 and 2016. Of course, this is going to be offset significantly by the major cuts being made to arts and charity funding. But the government considers this to be part of the Big Society scheme in action.

What else did the Budget contain?

This was the only major point of movement for Inheritance Tax. The 2011 Budget was very specifically focused on business, and outlined ways that the government says it is helping boost and sustain the recovery through private enterprise.

There were also a small number of provisions for cutting tax loopholes and preventing certain forms of tax avoidance, although these related most specifically to VAT. The Budget also contained new funding for HMRC to tackle tax avoidance. If you think this might affect you, you should contact your financial advisor as a matter of urgency.

Are Discretionary Will Trusts Still Necessary?

Checklist: Do I Need a Testamentary Trust?