Home > Business Succession > What Do the New CGT Rules Mean for Me?

What Do the New CGT Rules Mean for Me? 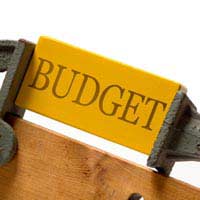 Amongst a series of headline-grabbing announcements, changes to the rules on Capital Gains Tax were perhaps the most widely anticipated part of the coalition government’s first Budget.

The changes to Capital Gains Tax (CGT) had been widely predicted for weeks before the announcement. Many analysts had suggested that the CGT rate could jump by almost 100 per cent, causing a sudden rush in the sale of assets.

In the event, this did not occur. But the Budget did bring significant changes to the CGT schedule – and these will affect many investors for years to come.

What are the new rules?

Under the new Capital Gains Tax rules, basic rate taxpayers will continue to pay CGT on taxable gains at a rate of 18 per cent. This change came into force at midnight on the night of the announcements.

Many entrepreneurs were concerned about the impact of the changes on their ability to sell their businesses. Many were considering the possibility of setting up trusts into which they could transfer businesses, in order to minimise their CGT liability. Thankfully, though, the government decided to increase the Entrepreneurs’ Relief to £5 million. This means that the disposal of the first £5 million of certain business assets will be taxed at 10 per cent – for both individuals and trustees.

The annual exempt amount has been maintained at £10,100. This means that the first £10,100 worth of capital gains is not subject to CGT. This can have a significant and beneficial impact for those with more modest gains.

In cases where Entrepreneurs’ Relief does not apply, trustees and personal representatives will pay CGT at a flat rate of 28 per cent. As the change came into effect at midnight on 23 June 2010, gains arising before this date will still be charged at 18 per cent.

What should I look out for?

Most people listening to the Chancellor’s announcement would presume that basic rate taxpayers have escaped unscathed. A closer reading of the proposed legislation may, however, paint a different picture.

In calculating which tax bracket individuals fall into, the value of taxable gains is added to any other income. So, if you are disposing of a large asset (for example a second home) you may actually find that you pay CGT at 28 per cent – as the value of the asset could push you into the higher tax bracket. This is sadly unavoidable – and means that the 18 per cent rate will only really apply to those making relatively modest disposals.

The changes to the Capital Gains Tax schedule were less dramatic than had been predicted, and many investors believe that they got off relatively lightly. But, for basic rate taxpayers making large disposals, the reality may be very different. If you are in any doubt about your tax liabilities, make sure that you seek professional advice from a chartered accountant.

Separating Your Business from Your Estate

Your Business as Part of Your Estate