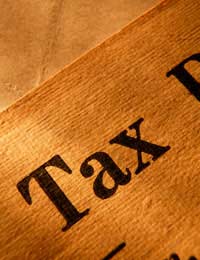 Tax avoidance is suddenly a huge political topic. Months of direct action from groups like UKUncut has led a group of MPs to announce an investigation into the ways in which corporations minimise their tax bills – and trusts are likely to come under the spotlight as a result.

While big companies are the most immediate target for the MPs’ scrutiny, trust arrangements of every size and shape could be impacted by any recommendations they make. If your business currently uses a trust (particularly an offshore trust) to minimise its tax bills, you should be concerned about the potential looming changes to the way in which the UK treats these arrangements.

What is the problem?

Companies aren’t paying as much tax as they should. Tax avoidance is a major problem for the Exchequer. Businesses (particularly large ones) have become very adept at using complex tax avoidance schemes to minimise the amount they have to pay the taxman. This has carried on with virtually no government intervention for many years; every few budgets the Chancellor will announce that a new loophole will be closed, and businesses simply move onto the next one.

While tax evasion is illegal, tax avoidance is not. But it is very costly, and many people believe that it should be prevented.

What are MPs investigating?

A group of MPs, sitting as the Treasury select committee, are going to investigate the nature of tax avoidance in the UK. They will be concentrating on corporate tax avoidance – that is, tax avoidance carried out by companies rather than by individuals.

The MPs could consider a number of different factors. Trusts are likely to feature very prominently in their investigation, as they appear to be one of the favoured methods of tax avoidance amongst large corporations. Offshore trusts have recently come under increased scrutiny after it was revealed that a number of popular High Street retailers have used them to reduce their tax bills.

It is important to note that the investigation will not necessarily be restricted to huge companies. If the MPs make recommendations regarding trusts or any other tax avoidance measures, public opinion is such that they have a good chance of being adopted. This could impact on trust arrangements for individuals and organisations of every size.

Why are they doing it now?

Tax avoidance has become a hot political topic in recent months. This is due to a number of different factors. Perhaps most importantly, there has been a concerted campaign of demonstrations and civil disobedience organised by groups like UKUncut. These organisations have helped to highlight the existence and identity of corporate tax avoiders, and have made their lives more difficult by staging events like sit-ins.

But the economic climate is also to blame. The public are naturally more inclined to listen to activists and politicians talking about corporate tax avoidance when they see their own standards of living going down, and when the government is constantly stressing the importance of securing every last penny. The apparent hypocrisy of corporations being allowed to ‘get away with it’ has therefore rung truer with the public now than at any time previously.

The investigation is likely to begin towards the start of the summer. The MPs will either sit as the full Treasury select committee, or as a smaller sub-committee.

The terms of the committee’s investigation are yet to be decided. But they will almost certainly consider factors like the ease with which offshore trusts can be used to mitigate a tax bill. There is also the very real possibility of CEOs being brought before the committee to explain how the tax affairs of their firms work.

In the longer term, the committee is likely to make recommendations that could have a dramatic impact on the way in which companies operate – particularly with reference to trusts and tax. Of course, we will have to wait and see what the MPs say; given the fact that tax avoidance of this sort has gone unhindered for so many years, it is perfectly possible that it could be some time before we see any concrete action to prevent it.

If you are in any doubt about your business’s tax responsibilities, you should seek independent advice.

What is Absolute Entitlement?

What Happens When the Settlor Benefits?