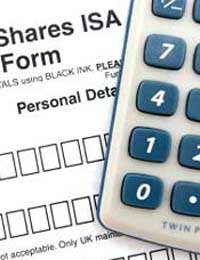 The scrapping of the Child Trust Fund was one of the coalition government’s earliest PR challenges. During a period in which the government has been preaching prudence and saving, many suggested that the abolition of the Fund was hypocritical.

The government has now announced the establishment of a new Junior ISA. It has touted this as a replacement for the Child Trust Fund – but is this really accurate?

What was the Child Trust Fund?

The Child Trust Fund was a much-loved way for parents and other family and friends to save for children. Existing Funds are still open, but the scheme is now closed to new entrants.

The Child Trust Fund (CTF) was an account into which parents, grandparents and others could contribute tax free, and save for their child. It was available to children born between 1 September 2002 and 2 January 2011. Depending on the date on which the child was born, the government would start the fund off with a ‘voucher’ worth either £50 or £250. Other people could contribute up to £1,200 per year tax free.

The coalition government closed the CTF scheme to new entrants from 2 January 2011.

What is the Junior ISA?

The government faced a significant public backlash over the scrapping of the CTF. Many people suggested that closing a scheme that allowed families to save for young people was a very short-sighted money saving measure – and one that would eventually cost the public purse.

In response, the government announced the establishment of a so-called Junior ISA. This is a version of the popular Individual Savings Accounts that have rapidly become the UK’s favourite means of saving.

As with the CTF, the Junior ISA is a tax free savings account – and again, the child will be prevented from accessing the money until they reach their 18th birthday. But there are some significant differences that mean the Junior ISA is much less attractive than the CTF for some families – but rather more useful for others.

How will it work?

The Junior ISA will be available from 1 November 2011. Parents (or, realistically, any other interested party) will be able to contribute up to £3,000 to the account. The money will be ‘locked’ into the account until the child reaches the age of 18.

The Junior ISA will be available to every child under the age of 18. The only children who will not be allowed to open one are those who already have a CTF. They will be available from any High Street bank or building society that chooses to offer them – and herein lies one of the main criticisms of the Junior ISA. Banks and building societies will be able to set their own terms and fees for the accounts, and this has led many to suggest that they could end up being a less cost effective solution than the CTF.

The Junior ISA could, however, offer savers (or, more accurately, their parents) more flexibility. The ISA can have both a cash and a stocks and shares component, and the controllers will be able to choose how much money they contribute to each. The total amount in the account, however, cannot exceed £3,000.

When the child reaches the age of 18, there are two choices: the cash can be released, or the ISA can be changed into a normal adult ISA. It is also worth noting that children can choose to open their own Junior ISA at the age of 16.

Is this really a CTF replacement?

In some ways, yes. But the major difference is that beyond the tax break, the government will not be contributing to the Junior ISAs. One of the major advantages of the CTF was the opening voucher, which helped to get many families started in their saving. Indeed, it is thought that many of those who contributed to a CTF would not have done so were it not for the government voucher.

Aside from this, the Junior ISA could theoretically provide a more flexible way for parents to save for their children – and, indeed, for children to save for themselves. But the lack of contribution from the government means that it is arguably quite disingenuous for this to be described as a true CTF replacement.