All About Protective Trusts 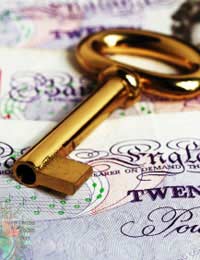 Asset protection trusts are often overlooked. They are frequently thought of as applicable only to those who are particularly wealthy, with significant assets that they wish to keep hold of. They may use an asset protection trust to thwart attacks from creditors, protect their wealth in the event of a bankruptcy, shield their assets from the taxman, and so on. However, asset protection trusts share a number of characteristics with protective trusts. This type of trust is unique to Britain and some other Commonwealth countries, although it has a number of common characteristics with so-called 'spendthrift trusts', which are fairly widespread in the United States.

In general terms this means that assets are settled (that is, they are transferred into the trust) with the purpose of producing an income that can be drawn by the beneficiary. However, in contrast to other types of trust that pay an income to a beneficiary, a protective trust arrangement allows this individual to dispose of the asset as they see fit; they could generally sell the assets that have been settled at any time. As such, even if the settlor intends for the asset to provide an income for a set period for the beneficiary, the latter may scupper these intentions by selling the asset earlier and taking the resulting capital.

There are a number of advantages and disadvantages to the use of a protective trust. In the first instance, it should be noted that a protective trust will probably not be of any use if the settlor wishes to completely protect the beneficiary's interest in the asset; as the beneficiary has use of the asset at any time, they are legally deemed to have an interest in (or potential ownership of) that asset.

As such, if they are declared bankrupt, the asset will be at risk from the beneficiary's creditors. There are ways in which this can be avoided, for example, protective trusts tend to automatically become discretionary trusts if the beneficiary does not act in accordance with the rules set out by the settlor upon establishment of the trust. For example, if they took certain financial decisions then a discretionary trust may arise, removing any right to the asset on the part of the beneficiary but still protecting their interests in the longer term. This is similar to the spendthrift arrangements found in the USA.

It should also be noted that protective trusts benefit from favourable tax treatment. When a discretionary trust is created from a protective trust, the ensuing settlement of assets is not normally chargeable to Inheritance Tax, while other forms of discretionary trust settlements are. This can represent a significant saving. Furthermore, trustees have the power to make capital advances in favour of the beneficiary; again, no charge will arise in these instances.

Protective trusts have become less popular in recent years, as their purposes can now be achieved through other means. However, in certain circumstances they are still worth considering.

Separating Ownership and Use

What is Asset Protection?

Does an Asset Protection Trust Suit My Needs?
Share Your Story, Join the Discussion or Seek Advice..
My daughter is to commence divorce proceedings. Themajority of assets are hers, savings and investments she built up during the marriage. I am suggesting she puts these into Trust for the benefit of her two children to avoid her husband including them in the divorce settlement - is this permissable?
Tdun - 10-Dec-14 @ 10:33 AM
Can Asset Trust Companies steal from the trust and do they charge for the trust besides the setting up costs.
debrow - 5-Jun-13 @ 8:23 PM
Title:
(never shown)
Firstname:
(never shown)
Surname:
(never shown)
Email:
(never shown)
Nickname:
(shown)
Comment:
Validate: